What Is So Special About Tesla Cars?

Why are Tesla cars so great, and what causes such high demand? Are they really better than less costly alternative electric vehicles?

Yes, Tesla cars are actually better than the competition. This comes from the company's innovative designers, higher-quality materials, and more technology-focused business model. Additionally, Tesla cars aren't that much more expensive when you consider their benefits.

In this article, we'll go over why Tesla cars are superior to the competition and how Tesla's design and engineering record set it apart from other brands. Additionally, we'll make a direct comparison to make the differences more clear.

We sourced the specifications and information used in this article from trusted automotive resources and the manufacturers themselves. 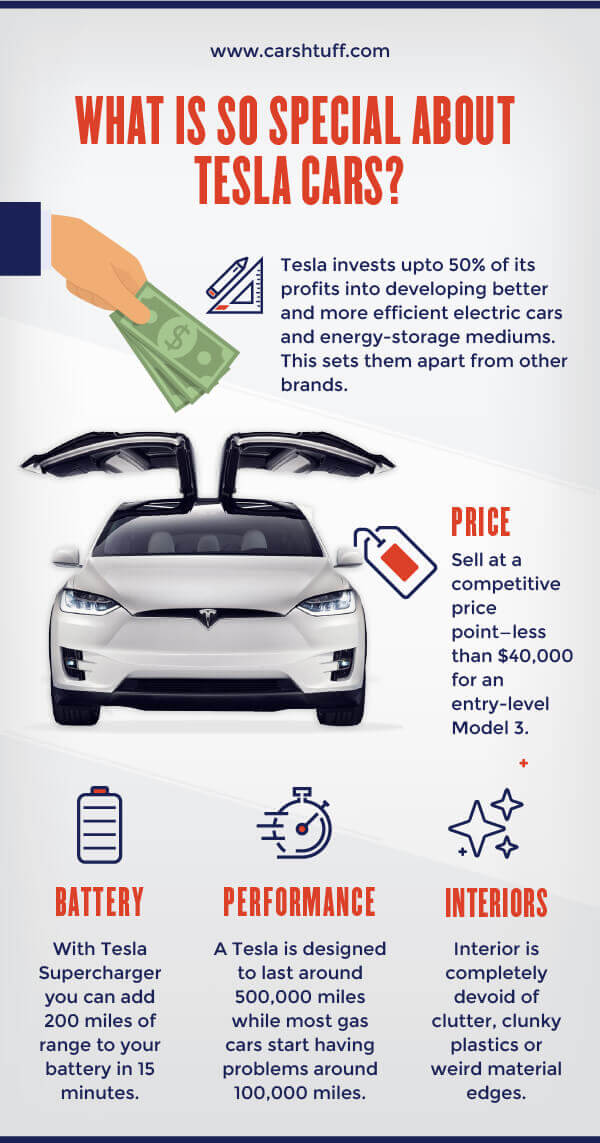 Take a look at the most popular electric cars on the market. Now take out all the Tesla vehicles. What do you see? Most likely, you see a few supercars made by BMW and Porsche and a bunch of practical but dull economy cars.

Does the general public think compact cars are cool? Sure, there's niche interest in some legendary small cars, but the majority of practical and affordable electric cars just aren't that interesting. They work well, but they don't have that futuristic flair that Tesla cars do.

Tesla cracked the code. They started off as an electric car company and made their own rules about form and function. They did away with dashboard instrument clusters—why bother when there's no temperature or oil pressure to monitor?

Tesla did away with traditional door handles, too. Why create drag and wind resistance when they can recede into the body? And who cares about dials and knobs anyway? Tesla climate control and radio controls are all on a screen.

And the body styling of Tesla vehicles is flashy enough to give off a premium essence without going over the top. Tesla cars retain just enough of what we are used to—but eliminate just enough to let us know it's the car of the future.

Why Tesla Styling is Innovative

But why can Tesla take styling chances that other automakers can't (or won't)? For one, they're the new kid on the block. Innovation is key to survival, especially when competing against multi-billion dollar auto giants like GM and Toyota.

But in the same vein, Tesla started small. They didn't have enormous corporate boards and dated economic analysis to hold back their design teams.

They were both required to innovate and free to do so. Couple that with young and inspired designers, and you get the perfect set of circumstances to build something great.

Also, Tesla designed their cars from the ground up, unlike other automakers who base most of their vehicles on pre-existing platforms. When you start from 0, it's a lot easier to design a purpose-built and excellent electric car than when you're forced to take a gas-powered car and adapt the chassis to electric power.

Tesla invests all of its energy into developing better electric cars and energy-storage mediums. Compare this to GM or Ford, who have limited budgets and widespread design priorities. With that in mind, of course, Tesla's engineering will be superior.

It's a fact—right now, Tesla builds the best electric cars. Very few people will dispute this. That's not to say that there aren't other good electric cars on the market (because there are); it's just asserting that the best come from a company whose primary goal is to build the best.

Tesla motors are better and more efficient. Tesla batteries charge faster and more reliably, and Tesla cars have longer ranges than most competitors. The interior design of Tesla cars is superior, as are the materials used to craft them.

The speakers are better. The electronics are better. The technology running it all is better. The autopilot is the most advanced on the market, and the best 'self-driving software is in Tesla vehicles. Tesla is so far ahead of the game with autonomous driving that some companies don't even bother to compete.

Tesla vehicles are some of the most reliable cars ever built. Period. They come from the factory up-to-date and well-tested, and their systems incorporate the highest-quality parts available.

And thanks to advanced manufacturing, they actually sell at a competitive price point—less than $40,000 for an entry-level Model 3. Some automakers don't even turn a profit on their cars.

Here's a comparison that has real-world implications and can help you understand why Tesla vehicles are so much better as a whole. Here, we'll perform a direct comparison between the new Tesla Model 3 and the new Chevy Bolt—two popular electric cars.

The Chevy Bolt is nothing special when it comes to styling. From a distance, it's nearly impossible to tell the difference between a $35,000 optioned-out Chevy Bolt and a Ford Focus. This is great for some people who use cars as a pure utility but lackluster for most who enjoy driving.

The Model 3 is instantly recognizable, but its styling doesn't set a new standard. It's a nicely-proportioned car that looks more like a Mercedes than a compact economy car. The lines are sharp and modern, and the front is sleek and omits the grille—because why have a grille on a car that doesn't have a radiator?

The interior of the Chevy Bolt is functional, but it won't let you forget that it's a compact car. Spaces are fairly cramped, and the dashboard is nothing special. Controls are where you'd expect them to be, and there's just enough flair to make it interesting.

The Model 3, on the other hand, is an electric car that makes no attempt to hide it. The interior is futuristic and streamlined, featuring Tesla's famous control screen and virtually no clutter. It's sleek, clean, and simple, which is exactly what an electric car is supposed to be.

And most importantly, even the entry-level Model 3 has a premium feel and is completely devoid of clunky plastics or weird material edges. The same cannot be said for the Bolt, which has typical GM materials and build quality.

The Chevy Bolt can do 0 to 60 mph in 6.3 seconds, which is actually quite impressive. For comparison, a Dodge Challenger RT with a 372-hp 5.7-L HEMI V8 has a 0 to 60 time of 4.8 seconds. Not a huge difference between two very different cars. The Bolt is fast enough to hold its own thanks to its 100% torque electric acceleration.

However, the Tesla Model 3 blows both of these cars out of the water, at least when it comes to acceleration. The Model 3 can reach 60 mph in just 3.5 seconds—almost half the time of the Bolt and impressively faster than the Challenger RT. In other words, the Model 3 can run circles around the Chevy Bolt.

The Chevy Bolt EV has a range of 238 miles on a single charge, according to its EPA rating. That's impressive compared to the electric cars of the 2010s, but around average for 2021. It's adequate for most city and suburban driving.

Why Tesla Wins Every Time

Tesla is the clear winner on all fronts. The Tesla looks better—and it's more exciting. The base-model Tesla has a longer range and extended range options and has almost twice the acceleration speed. The interior is more comfortable and stylish, and the infotainment system is incomprehensibly good for a $39,000 car.

For an additional $10,000, your car is far superior in almost every measurable respect. And it's so much better than it's difficult to justify purchasing the cheaper car if you value even one of the improved features on the Tesla.

And for an average of just $138 extra per month (based on a 72-month term), you gain the equivalent of a luxury car over an economy car.

Are Tesla Cars Worth the Price?

The Tesla Model 3 is the most affordable Tesla ever—and it's finally competitive with similar midsize sedans. But it's still pricey at just shy of 40k, so is it worth the price?

If you're dead-set on driving an electric car, a Tesla of any kind is certainly worth the price. In fact, Tesla probably offers the best value in the entire electric car industry. This is due to its exceptional build quality, frequent software updates, and pre-loaded sensors for self diving tech that will evolve in the future.

A Tesla is designed to last around 500,000 miles. And if you drive normally, that will far outlast the impact of the cost and the length of the payments. Most gas cars start having problems around 100,000 miles, which (in many cases) is before you're even done paying it off. Tesla cars have few moving parts and rely on software, which the company updates frequently.

Yes, Tesla chargers are some of the fastest and safest on the market today. There are hundreds of charging locations around the country, and Tesla's charger units are fast and energy-efficient. This includes both the home-based wall chargers and the public superchargers.

The Tesla Supercharger is also the first real competitor to gas stations in terms of speed. With a supercharger, you can add about 200 miles of range to your battery in 15 minutes—which is astoundingly fast. During that brief charging time, you can use the restroom, grab a snack, or just make a phone call or two. 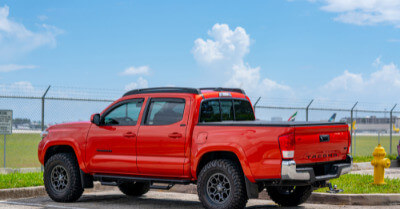 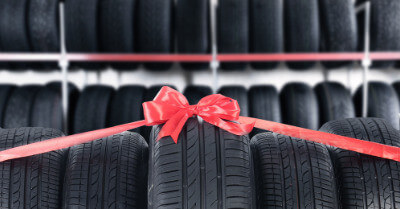 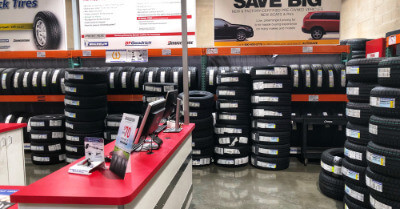 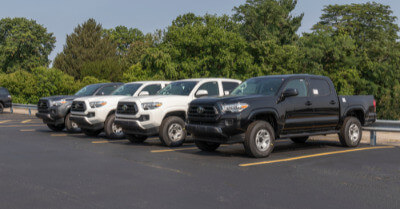 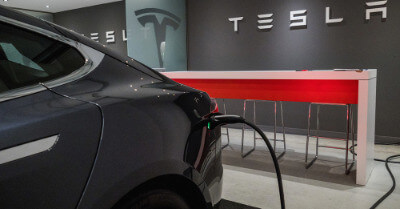 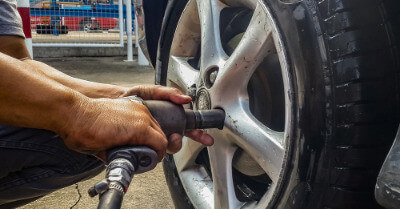 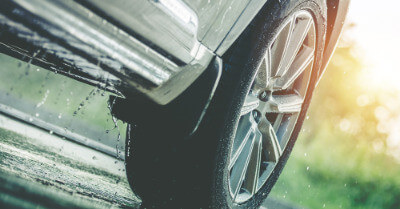 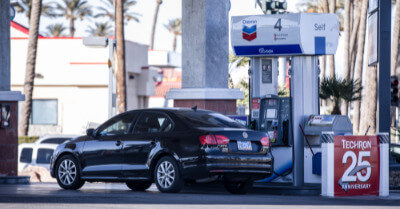