How Much is Car Insurance?

If you are in the market for car insurance, you may be probably wondering how much it will cost you. This guide has the answers you are looking for.

So, how much is car insurance? The average cost of car insurance is approximately $1,200 per year. This works out to an average rate of $100 per month. And if you opt to purchase a 6-month policy, then you are going to spend about $600.

While the average cost of car insurance in the country is $1,200, the rates will vary from one individual to the other depending on various factors. The cost of your car insurance policy will depend on where you live, the company you choose, your age, your driving record, your gender, as well as your vehicle’s make and model, among other factors.

We publish unbiased, comprehensive and objective content, designed to help you make informed purchasing decisions. All our articles are thoroughly-researched, to make sure we provide all our readers with helpful, accurate, and relevant information. 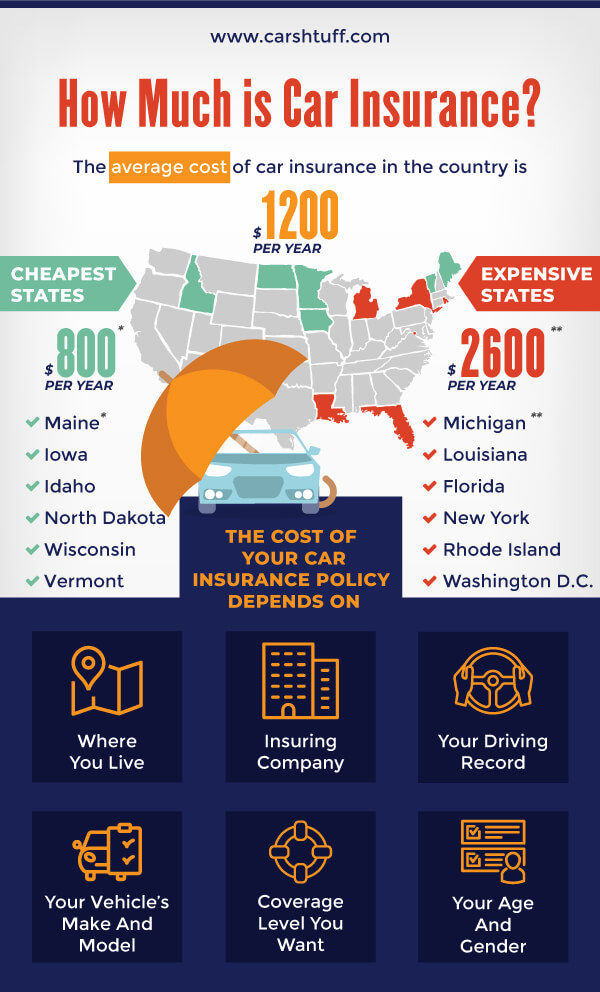 Furthermore, in some states like California, there are state-mandated auto insurance discounts, which will also determine your car insurance premiums.

Apart from state laws, insurance companies will also check the number of claims coming from a certain area.

So, if you live in cities, it’s highly likely your car insurance premiums will be higher than someone living in the rural areas.

Also, the crime rate in your location and the weather conditions will also affect your rates.

For instance, if you live in a neighborhood with high crime rates or your area experiences severe weather conditions frequently, then your car insurance rates will be on the higher end.

Most Expensive States for Car Insurance

The reason why car insurance in Michigan is so expensive is that all drivers are required to have personal injury protection or PIP coverage.

While it’s not the only state that mandates PIP coverage in the country, its coverage limits are quite high.

In Louisiana, there is a high number of uninsured and underinsured motorists, which contributes to its high rates.

The vulnerability to severe weather conditions, a high number of uninsured drivers, as well as lots of college students and old people are some of the factors that lead to high car insurance premiums in Florida.

The Cheapest States for Car Insurance

Maine is one of the cheapest states for car insurance. Drivers in this state pay approximately $800 annually for car insurance. Maine is mainly a rural, less-densely populated state, which means the risk of being involved in a car accident is quite low.

The cost of car insurance also varies from one insurer to the other. However, while some carriers are known for their cheaper rates, the level of coverage they offer may be lesser than what the more expensive carriers offer.

Geico, Nationwide, State Farm, Progressive, Farmers and USAA have some of the most affordable car insurance rates.

USAA is currently the cheapest car insurance company in the country. Policyholders pay approximately $875 annually, which is a saving of approximately $300, compared to the national average.

However, USAA only serves people with a connection to the U.S armed forces. Therefore, their affordable rates may not be accessible to everyone.

If you don’t have a military connection and you are looking for cheap car insurance, then GEICO may be the right fit for you. GEICO car insurance coverage goes for approximately $1,100 to $1,200, which is at par with the national average.

Liability coverage will help to protect you against financial loss if you cause a car accident that leads to injuries or property damage.

Apart from liability coverage, you may also need to purchase collision coverage and comprehensive coverage, which will help to cover the costs of repairing or replacing a vehicle after a car accident.

On average, you will pay approximately $600 annually for liability coverage, $360 for collision coverage and around $200 for comprehensive coverage.

If you are financing or leasing your vehicle, then you may also have to add gap insurance coverage to your car insurance policy.

Some states may also require you to have uninsured and underinsured motorist coverage, as part of your car insurance policy.

The cost of PIP coverage will depend on various factors such as your age, your vehicle’s make and model, your state as well as the coverage you want.

Age is arguably one of the biggest rating factors, used to determine how much you will pay for your car insurance premiums. On average, young drivers tend to pay more for car insurance, compared to older drivers.

And this all comes down to the level of driving experience and the level of risk. For instance, insurance data shows that teenage drivers have significantly higher crash rates, compared to experienced drivers.

Also, teenage drivers are highly likely to engage in risky driving habits such as drag racing, speeding or driving under the influence, which further increases the likelihood of causing a car accident.

Due to their high likelihood of being involved in accidents, insurance companies will charge such drivers higher rates, so that they can compensate for the increased risks.

Elderly drivers, especially those over the age of 70, tend to have higher crash rates, than those between the ages of 30 to 69, due to their slower reflexes.

According to the Insurance Institute of Highway Safety (IIHS), men are involved in more crashes than women. Also, their DUI and speeding convictions are higher than those of women.

Hence, if you are a man, then there is a high chance your premiums will be slightly higher than a woman of the same age.

However, the differences are mainly pronounced for male drivers under the age of 25. From the age of 25, the gap decreases. And between the age of 30 to 69, car insurance premiums for men and women are almost similar.

Massachusetts, Hawaii, Michigan, North Carolina, Montana, and Pennsylvania have banned the use of gender as a rating factor.

Apart from your location, your insurer, your age and your coverage level, your driving record will also determine the cost of your car insurance.

If you are involved in an accident, or you are cited for a moving violation like speeding, running a red light, or DUI, insurance companies automatically assume that you are likely to cause an accident in the future.

And consequently, they will adjust your premiums accordingly. For instance, if your driving record shows that you have a DUI conviction, then your rates will be almost double, meaning you will be paying approximately $2,400 per year.

If you have a minor traffic violation like a speeding ticket, then your rates will be higher by approximately 40%, than the national average.

Your car’s make and model will also determine how much you will be paying for car insurance.

You may be probably asking yourself why insurance companies should base your rates based on the vehicle you drive.

Well, some types of cars are more expensive to repair or replace. For instance, if you are driving a brand new sports car, replacing or repairing it after it has been damaged through a covered accident will be expensive. As a result, your premium will be on the higher end.

Small SUVs, CUVs and sedans are the cheapest to insure. For instance, it will cost you approximately $1,300 annually to insure the Mazda CX-3 Sport.

On the other hand, you will be spending approximately $4,000 annually, to insure a vehicle like the BMW M8 Competition, the Nissan GT-R, or the Mercedes AMG GT.

How Much Car Insurance Do You Need

The amount of insurance coverage to purchase should be informed by 3 main factors. These are your state’s minimum requirements, the value of your car, and other assets that you may want to protect.

State minimum requirements are usually lower than the amount you may need to protect you financially if you are held liable for a car accident.

With this approach, you will have adequate liability coverage to pay for the other party’s medical expenses and property damage, in case you cause an accident.

Apart from liability coverage, your state may also mandate PIP coverage, medical payments coverage, as well as uninsured and underinsured motorist coverage. Again, the amount of coverage you will need will depend on your state’s minimum requirements.

Collision and comprehensive coverages are not mandated anywhere. Whether to purchase them or not will depend on the value of your car as well as whether you have a loan on your car.

In case you cannot afford the recommended 100/300/100 coverage, you should ensure that you purchase the highest amount of coverage that you can afford, instead of sticking to state minimums.

If you own a vehicle, then you must purchase car insurance. However, car insurance doesn’t come cheap. The good news is, there are several ways, which can be used to save money on car insurance premiums. Here are some tips to consider:

Most insurers will reward you if you purchase more than one insurance policy from them. So, if you have a home and a car, then you should consider purchasing both policies from the same insurer.

Almost all insurance companies offer several discounts, designed to help save money on car insurance premiums. Therefore, you need to check with your insurer and see which discounts you can qualify for.

If you are driving an old, run-down car, then you should consider dropping collision coverage from your insurance policy.

You should also check your policy document to see whether there are unnecessary add-ons that your insurance agent added to your policy. 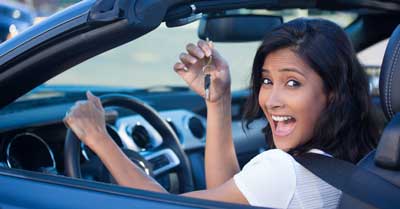 What Does Car Insurance Cover? 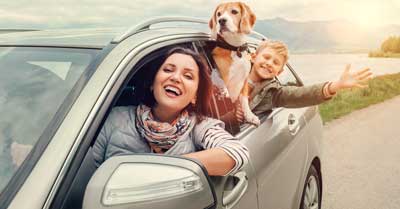 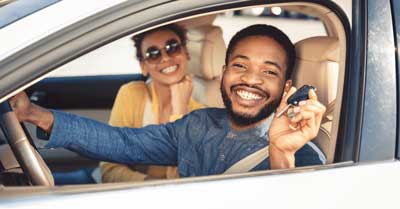 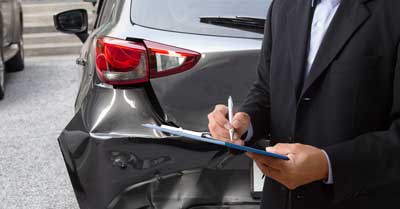 How to Choose Car Insurance 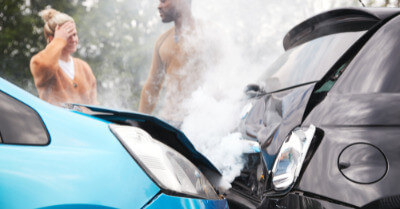 Why Is Your Car Insurance So Expensive? 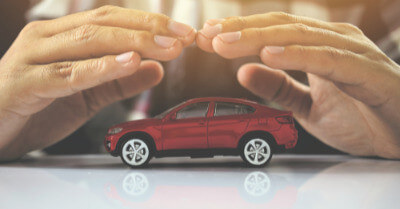 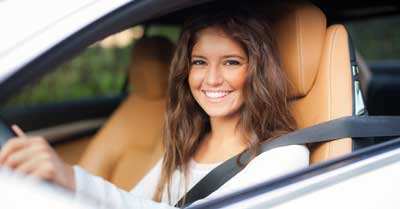 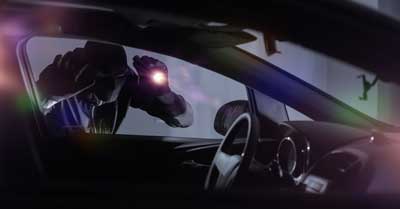