Finding a good, reliable preowned truck can be difficult. Some research might be necessary to know which years of the Ford F-150 are the best.

Knowing which Ford F-150 years are the best can lead to an easier ownership experience since the vehicle will hopefully require less maintenance.

Ford F-150 models from the mid-2010s are amongst the best for reliability, experienced, and technology. More recent F-150s include 2018 and later have good ratings so far, though they aren't that old yet. Late 2000s models also generally receive high ratings.

Let's dive into what makes a model year the best, and which ones you should pursue as a used car buyer, or for simple want of knowledge.

We'll be using sources like CarComplaints as well as JD Power to decide which vehicles are the best Ford F-150s out there. We'll also explain some criteria for what makes a vehicle the best

Ford has been making the F-150 truck for quite a long time – since 1948 to be exact. That's an impressive truck, and results of course in the F-150 being very popular and yearly best seller. So with more than 70 years of trucks rolling off assembly lines, the markers for “best” relate more to how well the vehicles perform against competitive vehicles, and how long they last.

Vehicle owners generally dread having major, or even minor issues with a vehicle. With the knowledge of a mechanic, having vehicle issues is no fun because the cost can be unpredictable, and having the vehicle at a dealer is inconvenient. One major factor in our decision-making has become how many problems are related to the vehicle.

Reliability isn't just about the engine either. With more electronics on F-150s than ever before, a radio or infotainment system also adds serious value to the truck but also has the potential to make ownership irritating.

How well did one year of F-150 improve upon the other – or against competitive vehicles? Innovation and usefulness is part of Ford's brand, so another factor in the best years is how much the vehicle changed, and how much it helped drivers.

We could probably rate an older edition of the F-150 as one of the best, but it wouldn't be very practical to many users actually seeking a truck. We might slide in a runner-up for the sake of nostalgia, but the chances of finding a good, in shape 1970's Ford truck is much more difficult than finding a newer one.

The 2014 Ford F-150 sets a fairly high benchmark for reliability. JD Power ranked 2014 as “Great” and gave it an 84 for overall reliability for the first two years. It also earned very high marks for driving experience at 81. The 2014 Ford F-150 was also among the first Ford vehicles with its infotainment “Sync” system and the availability of generally easier-to-use radio and phone settings. While 2013 had these options available, it also does comparatively poorly on the reliability tests.

2014 was also one year before Ford switched to an all-aluminum body in an effort to save on costs while making the F-150 lighter and more fuel-efficient. 2014 has far fewer complaints about body issues than the F-150s that came after it.

To be clear, the 2014 Ford F-150 does have its share of problems. Just fewer than other F-150 models. While websites like CarComplaints report some issues with the F-150 engine and brakes, there are relatively few complaints and they are quite spread out. For example, a small number of owners report small problems with everything from the windshield to the air conditioner. We would find a bigger problem if hundreds of people have complained about a single major component.

Per RepairPal, the annual cost of maintenance is pretty low too at $793 per year.

It won't be very easy to find a good 2009 Ford F-150, but it also isn't impossible! The 2009 Ford F-150 received unusually high marks from JD Power in regards to the driving experience with 89. The reliability was a little less than in 2014 with an 81. While not being overly specific about how Ford claims to have improved the ride in 2009 – and their JD power numbers show.

RepairPal shows 2009 as barely more per year in maintenance than 2014, with again relatively few complaints spread out over many components. The most common engine complaint is actually that the truck sounds rough – like a diesel while idling at low RPM.

2009 otherwise has fewer complaints than any other Ford F-150 made in the last ten years, which is pretty impressive considering how long the vehicle has been on the road. People have had plenty of time to report.

Aside from relatively low maintenance costs and a high ride score, the 2009 Ford F-150 was innovative with more simple solutions. Ford introduced a “man step” for their tailgate to allow you to get closer and climb up easier. They also made it possible to extend the bed when their current bed wasn't big enough for long items. Ford also introduced convex towing mirrors to make backup up with a trailer a lot easier. In a time before Bluetooth streaming and infotainment screens were a big deal yet, these small things made a big difference for practical use.

We tend to avoid placing especially recently made vehicles too high on the list because there haven't been a lot of times to put a lot of miles on and see the true durability of a vehicle. That's part of the reason why 2020 is not ranked too high. 2020's Ford F-150 got one of their better JD Power scores ever at 86, though the driving experience wasn't as competitive at 79.

The 2020 Ford F-150 doesn't have many complaints yet via CarComplaints though to be fair, the truck hasn't been out that long – the most common problem so far is actually with rodents chewing on wires. Ford chose a soy material to make their wires, which apparently rodents love.

This F-150 shines for its uncommonly broad use of safety features among the many trims available. While you won't get major safety features like lane-keeping or blind spot alert in the lowest trims, that's very common among all manufacturers. A Lariat, King Ranch, Platinum, or Limited can still get emergency braking and many other features that are helpful to truck owners. We also realize that most truck owners go more for practicality, ease of use, and durability, so we can't blame them for not wanting to spend more on a lower-trim truck to get features they don't need.

One of the biggest reasons why the 2015 Ford F-150 is on our list is because it comes with some more safety features that were not present on Ford models before and because it does well on JD Power. 2015 earned a “best” rating for driver experience which is very positive and quite honestly hard to achieve. People simply like driving this particular truck, and it certainly shows.

We're not ranking this much higher though because it has a few problems that balance out the nice ride. CarComplaints has both lots of transmission and lots of interior accessories problems. Drivers report a “hard downshift” meaning that when some gears, you'll feel an actual kick as the vehicle slows down. In some cases, the issue was fixed by Ford by replacing a couple of gears and reprogramming the transmission.

The Ford F-150 has a pretty good quality score too at 82. 2015 ranks fairly low on our “best” list because it does have some transmission problems, but it's also otherwise reliable and quite comfortable.

Our problem, and why this isn't ranked higher: The F-150 had some issues down the line with losing power while driving and having engine issues under hard acceleration. Not over the top terrible, but this also shows that getting a cool award can readily be balanced by other issues.

Did Ford's switch to aluminum have any impact on their ratings?

For our purposes, not specifically. There were more complaints about the F-150's body issues after switching to aluminum, including the bed, not being as sealed as it used to be. The number of complaints about paint issues went up significantly though, which isn't great. On the other hand, one major gain that applies to all-aluminum Ford trucks is that they become 20% more fuel-efficient.

Do you trust the JD Power Initial Quality Ratings?

While some might disagree, the best part of the JD Power Initial Quality ratings is that they consider many factors in the overall rating – not just the engine. JD Power looks at surveys regarding the interior, infotainment system, and just about everything else. Problems with infotainment can represent safety issues and overall annoyances, making them on par with engine problems. To be fair, most of today's vehicles have very reliable engines while manufacturers are still learning to build infotainment systems that are easy to use and last a long time.

Is RepairPal a good source?

RepairPal is actually owned by Cars.com, which often has integrations with dealerships service departments as well as private mechanics. While their yearly estimates for fixes might not be “right on” they use math and real numbers to determine what the average person pays to fix and maintain their Ford F-150. These numbers are better than user-entered results because they are consistent and more accurate – as they are broken down by the service too.

Which of the “best” would you buy today if you could?

We would go with the 2014 – and not just because it was our first pick. While we aren't trying to avoid the aluminum body by any means, the almost ten years on the road make this a proven track. This also means that many Ford owners have traded the truck in already, and there should be many available for a reasonable price. Contrast this with the not yet proven 2020, which still does well, but won't likely have many price breaks in the near future because the truck is fairly young. Overall, we like value more than the newest, latest and greatest, so we would find a 2014 and bring it to a mechanic, then maybe bring it home.

Keep in mind that our list is very relative. Ford makes decent trucks with some years better than others, and ever since truck that has rolled off the assembly lines of General Motors, Toyota, Honda, RAM, and Ford has had some issues. You might find you pair up better with a truck, not on this list! 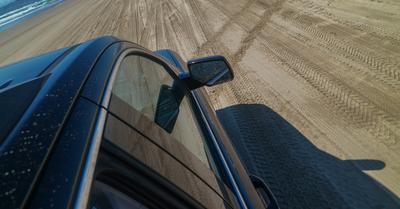 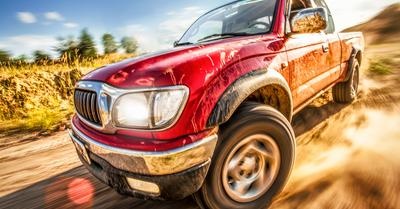