The unique shape of the X4 is attractive enough to attract wealthy shoppers. But it is the driving experience of the best year BMW X4 that keeps them hooked.

The X4 has been around since 2014 and is promoted by BMW as a SAC or sports activity coupe. It is the second vehicle to join this category, following the BMW X6. It flaunts an appearance similar to a coupe with its raking roofline.

2019 is the best year BMW X4 as it has many advanced features and improved suspension than its previous generations. The car delivers a smooth and quiet ride without compromising performance or driving pleasure. The luxuries keep you positively occupied on long trips.

Many car enthusiasts call the X4 a coupe form of the X3. But the X4 adds many features which make it more attractive and fun to drive than the X3. It also trades the practicality of the X3 for looks and performance.

Our car experts believe that the BMW X4 is not for everyone but is targeted to a niche market with a taste for a unique vehicle. The car is fun to drive and does not feel underpowered even when climbing steep hills. The suspension on the vehicle is vastly improved from its predecessors and ensures crisp handling and excellent cornering abilities. Feel free to take this car on twisty mountain roads, and enjoy the ride.

The X4 was redesigned in 2019, and it is impressive to see how the new look sets new trends for crossovers in style and performance.

Although it borrows many features from the X3, we would not exactly call it the X3's coupe version. Under the uniquely shaped body, the X4 is equipped with a sportier suspension and delivers quite a different driving experience.

The vehicle is available in two trims, the xDrive30i and the M40i. Both come with different engines and are targeted to different buyers.

The first thing that draws attention to the 2019 BMW X4 is the tapered rear end, which will undoubtedly turn heads in the parking lot and on the road. In addition to the unique shape, the crisp creasing and the 19-inch rims give the vehicle a sporty look.

It is still hard to overlook how the rear end prioritizes fashion over shape. In fact, we think that the vehicle is so dramatic in terms of fashion that it is willing to trade rear-seat comfort for its unique shape and appearance.

Upfront, it wears the traditional kidney grille, which you will find on almost every vehicle produced by Bayerische Motoren Werke, commonly well-known as BMW. Outboards from the grill are swooping headlights, which blend well with the front bumper and the hood. All fascia features give the car a balanced appearance when looked at head-on.

From the side, the car features a high and narrow window line with impressive creases running from the front to the rear. The sharply sweeping roofline makes the vehicle's rear end appear elongated. The front windows seem significantly taller than the rear windows, pointing to the declining headroom towards the rear. The fenders swell at the wheel wells, and the rear door holds part of the wheel well.

The vehicle appears smaller than it is when looked at from the rear. The built-in rear spoiler strives to give the vehicle a balanced look. The narrow and stylish taillights leave ample room between and below them for badges and emblems.

On the inside, the X4 feels premium and upscale. It features a low dashboard equipped with slender vents and buttons that are organized neatly. The contour of the center vents frame completes the frame bordering the buttons and controls underneath. The center infotainment screen sits above these vents.

Some critics consider the interior to be a tad too toned down compared to such a flaunty and extraordinary exterior.

The 2019 BMW X4 is available with two powertrains. The standard xDrive30i is equipped with a 2.0-liter, 4-cylinder, turbocharged engine, producing 248 hp and 258 pound-feet torque. What impresses us more is how responsive the X4 is off the line compared to most other rivals.

BMW has intensely tuned the engine for maximum performance through precise throttle management and high-pressure fuel injection. They work together to make the X4 a smooth and quick runner.

The M40i variant delivers 355 horsepower and 365 lb-ft torque from its turbocharged 3.0-liter, inline-6 engine for those who crave more power and performance over comfort. On the M40i, the all-wheel-drive system is rear-biased, which means more power goes to the rear wheels than the front.

The M Sport differential is fed with several chassis sensors and can adjust the powers between the axles by controlling the axle locking power.

Both variants are equipped with a super-sensing, fast reacting, and smooth-shifting automatic transmission with eight speeds. The transmission pairs well with the engine's power and are tuned to deliver high performance.

Since the vehicle shares its platform with the X3, it borrows the suspension design from the sibling. One of the reasons we picked this vehicle as the best year BMW X4 was how the suspension had been improved over the past generation. The suspension comprises lightweight components and is tuned to make the most of the low center of gravity this vehicle has to offer. It delivers an excellent ride quality and makes the vehicle fun to drive with crisp handling.

The steering wheel feels plush and firm, but its performance quickly reminds us that the X4 is a crossover and not a sports sedan. It can feel a little sluggish in terms of road response.

The sports exhaust on the X4 gives out a rough noise, but you will hardly hear it with active noise cancellation and premium level insulation in the cabin. For those willing to spend extra, the car comes with optional adaptive dampers, which allow the driver to toggle between Sport and Comfort modes.

The 2019 X4 has a lavish, comfortable, and well-shaped interior, at least when you are in the front seats. The car focuses more on style than practicality, so luggage and extra passengers are not on its priorities list.

The front seats are well-bolstered and supportive. They are very comfortable for long trips and do not cause fatigue even for day-long trips. There is ample side support and cushioning if you like to push the X4 to its handling limits. The seats are positioned well, and along with the slim roof pillars and low dash, ensure good outside visibility.

The rear seat offers more legroom than previous models, but the sharply swooping roofline takes a toll on the headroom. It can be a little challenging to enter and exit the rear seat, and first-timers will most likely bump their heads against the sheet metal during entry.

Once settled in the rear seat, the passengers notice enough room for two adults and plenty of legroom. Fitting three adults can get a little uncomfortable for most people, but it is possible. However, the headroom and visibility are limited by the low roofline.

There are plenty of small storage bins located around the cabin. The door pockets are deep, and there are cup holders for all four passengers. The glove box is reasonably sized, as is the console box located between the two front seats.

NHTSA or IIHS has not rated the 2019 BMW X4. Quite frankly, it costs a bit too much and does not shine in sales volume.

But as you would expect from a vehicle of this caliber, it is well-equipped with advanced safety features that follow.

For those willing to spend a little more, the X4 comes with the following optional safety features:

The 2019 BMW X4 is available in two trims, the xDrive30i and the M40i. It comes with many standard features but even more optional features. Here are some of the salient features found on the xDrive30i:

Many car critics have praised the infotainment system found on the X4. It is equipped with abundant features and is significantly more straightforward to use than those found on other BMWs.

The following features are available as options on the xDrive30i:

The M40i is equipped with a more powerful engine and adds the following features as standard:

The M40i does not add too many luxury features in the cabin and comes with the same options as the xDrive30i. With the M badge, BMW expects its customers to understand that the M40i is oriented towards better performance than the xDrive30i and not necessarily better equipped with luxury features.

The prices of the best year BMW X4 can significantly vary with the optional features installed. However, the prices range between $47,000 and $56,000, with an average price of approximately $51,500. Other factors affecting the prices are location, mileage, vehicle condition, and trim level.

According to J.D Power, the BMW X4 is "Better than Most" regarding reliability. The vehicle gets a rating of four out of five, which is highly dependable. 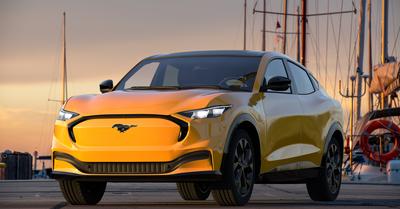