The Audi A7 combines a stylish exterior with a feature-packed interior. The high-performance vehicle is loved by enthusiasts. But is there a best year Audi A7?

The A7 is a good option for those looking to buy a luxury vehicle that stands out from the crowd. The car offers great luxury and reliability at a price that does not break your bank account. The vehicle has a unique design that will turn heads and attract attention towards you.

2017 was the best year for the Audi A7. The vehicle comes at a good price and has plenty to offer regarding luxuries and performance. The older years are difficult to find in good condition and with low mileage. 2017 is a popular choice for A7 lovers; it offers no compromise on reliability or performance.

Back in 2004, when Mercedes launched its CLS series, no one was prepared for the popularity it would gain. But there was someone who was sitting quietly, paying attention to every detail. When the time was right, Audi made a loud bang in 2011 and shook the world by introducing the sleek and stylish A7. The car became an instant hit and was loved by families, professionals, and car enthusiasts alike.

The Audi A7 is built to perform without compromising on luxury and comfort. Many car enthusiasts love the unique design of the A7. They term it as a coupe-shaped sedan that works like a hatchback. You get the looks of all three types of cars in one car with the A7. With the aerodynamic shape and powerful engine, the vehicle does not compromise one bit when it comes to performance. It is considered fun to drive and responsive on the road.

Even after years of its launch, the 2017 Audi A7 remains a stylish car today. It is a sure head-turner thanks to its unique design. In addition to the looks, the luxury sedan is also an excellent performer on the road and a real pleasure to drive.

Fundamentally based on the Audi A6, the A7 stands out as a sedan aimed towards higher-end customers who do not want to compromise on luxury or performance.

The A7 was Audi's response to the Mercedes Benz CLS class sedan. It is undoubtedly one of the most beautiful cars for those who love the coupe-style, four-door design. The car seems more like a hatchback, and the curvaceous rear is combined with the elegant and professional front.

Many people find it hard to distinguish the A7 from the A6 if they look at it from the front-door forwards. But the steep slope of the roof towards the rear exhibits a fastback and sleek shape. This design is not only aesthetically appealing but also adds interior and cargo space.

There is a broad range of trims available, and Audi gave many customization options for the 2017 A7. The business-class interior seems to be borrowed from the flagship A8 sedan. There is no compromise in the layout, surfaces, and quality of the materials used. They are all utilized nicely with a pinch of aggression to match the exterior.

The infotainment system comprises a high-resolution LCD screen, which rises out of the dashboard, and a touchpad. The screen in the gauge cluster area can display different features like Google Maps, car settings, and other entertainment settings.

There is a reason why most car enthusiasts love the A7; the car is fun to drive. Thanks to its confident and strong engine mounted on a balanced chassis, the A7 is responsive and agile.

All trims come with only one engine, a 3.0-liter, supercharged V6. The powerful engine is coupled with an eight-speed automatic transmission. The car produces an impressive 333 horsepower and 325 lb.-ft of torque, which means flooring will give you a sports car-like feeling. The transmission is also smooth and responsive; it matches the shifting of gear smoothly with the engine's power.

Hitting sixty miles per hour from a stop takes the Audi A7 just 5.2 seconds. The vehicle is a hot attraction for those who want lively performance within street legal limits.

The A7 is plenty spacious on the inside. Four people can comfortably enjoy interstate cruises without any issues. But if a third person is added to the back seat, it can get a little tight due to the back seat's low headroom.

The car houses a multiway adjustable driver seat, and the instrument panels are tilted slightly towards the driver. It is evident that this car is oriented to provide more driving experience than just sitting and riding in the back with a chauffeur at the wheel. But overall, the cabin is very soothing and spacious.

The front seats come with multiple adjustments, are well-bolstered, and offer ventilation and heating. The back seat is also well-cushioned and supportive. However, there is a slight compromise in the rear seat passengers' leg and headroom. The scalloping headliner makes some space for tall passengers.

The cargo area of the 2017 Audi A7 is also quite spacious. It offers ample space for luggage for long road trips. If you need to carry something extra-large, the rear seats can be folded down to accommodate larger cargo.

There is a bundle of safety features on the 2017 Audi A7. The standard features include multiple airbags:

If you find a 2017 Audi A7 with a Driver Assistance Package, you will have access to many other features like:

There were four recalls for the Audi A7 for the year 2017. The reason for the recall was weak fuel lines, which Audi replaced free of charge.

Due to the high list price and limited production, the A7 has not been crash-tested or rated by NHTSA or IIHS.

The Audi A7 comes in two trim levels; Premium Plus and Prestige, with Prestige being the more expensive variant. Both trim levels offer an arsenal of features and the option to add even more features.

On the Premium Plus variant, the following features come as standard

The Prestige gets all the features on the Premium Plus, but the seats are replaced with perforated leather, ventilated ones. It also has a 14-speaker, 630W audio system from BOSE, and a Heads-Up Display.

Audi's signature Multimedia Interface (MMI) system also comes standard across all variants of the A7. MMI has become a reliable infotainment interface across many Audi vehicles over the years. It houses several features like Google maps, Bluetooth connectivity, and powerful internet connectivity. The system also has 4G LTE connectivity, connecting up to eight devices.

Among other features of the MMI are nearby gas stations price updates, real-time weather, Local Google Search, real-time traffic updates, and voice input. The system works well with Android Auto and Apple CarPlay to improve smartphone integration. The myAudi Destination system allows you to save up to fifty destinations online and access them via Google Maps.

Audi can install a Driver Assistance Package on the Audi A7, which adds features like automatic high beams, corner cameras, adaptive cruise control, which can follow the car in front, collision warning with braking, and lane assist.

The aerodynamics of this car plays a vital role in fuel economy. Even with a large body, and a big 3.0-liter V6, the A7 does reasonably well when it comes to fuel economy.

The car receives EPA ratings of 21 mpg in the city, 29 mpg on the highway, and 24 mpg for combined driving.

The technology incorporated in the engine and eight-speed transmission is also responsible for Audi A7's fuel economy. The engine runs at low rpm, even at highway speeds. The transmission allows smooth shifting between a wide range of gears, making the car fuel-efficient.

2017 is one of the advanced models of the first generation of the A7, which was launched in 2012. Audi had ironed out many wrinkles by 2017, and therefore the year is considered to be the best choice for those looking to buy the Audi A7.

The vehicle has received an overall rating of 82/100 from J.D Power, verified by car owners. The car received 85/100 for reliability and quality. This score is measured by identifying the potential flaws, malfunctions, and defects. It covers everything on the entire vehicle ranging from the infotainment system to the engine.

As for the driving experience, the 2017 Audi A7 received a score of 88/100. This score measured the vehicle's performance, functionality, comfort, and safety.

The car, however, did not fare well with resale value. For pre-owned vehicle buyers, this is good news because it means that the vehicle can be found at a much lower than factory price.

The estimated cost of owning and running a 2017 Audi A7 is around $7,0000 per year. This includes estimated costs of gas, repairs, maintenance, and insurance. It is definitely more expensive than regular midsize cars, but the amount is justified given the features and luxuries it provides.

If you compare it with any competitor vehicles, you will find that the running costs of the A7 are somewhat similar to what the competition offers for cars of the same class.

Thanks to its unique aerodynamic shape, the A7 has a lot of cargo space; in fact, it is the biggest in its class. The hatchback raises to open a space of around 24.5 cubic feet. This space can be expanded by folding down the 60/40 split rear seats.

Audi offers a certified program for any Audi car less than five years old and has fewer than sixty thousand miles on the odometer. Audi buys qualifying vehicles and sells them under a five-year warranty from the original in-service date with this program. Once the four-year warranty has expired, Audi's used cars can be bought under a one-year warranty with unlimited mileage.

For any car to qualify Audi's pre-owned warranty program, it must pass a detailed inspection test, comprising over 300 points. Therefore, if you can find a 2017 Audi A7 that is still covered by the Pre-Owned program, you can be sure that the car will give you peace of mind and reliability, just like a new car. It is always a good idea to search for vehicles that come with a manufacturer's warranty to ensure you get the best value for your hard-earned money.

Matt is a VW Master Technician since 2009 after proceeding through the ranks as a Team Leader and Shop Foreman. He has developed software to increase car dealership efficiency, managed 10+ techs, and instructed students at multiple high-performance driving events since 2011. He is also the lead mechanic, engineer, and driver for Blue Goose Racing. 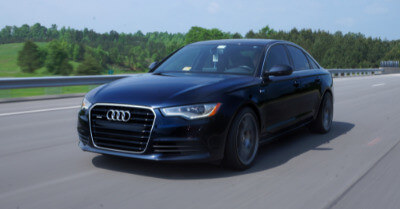 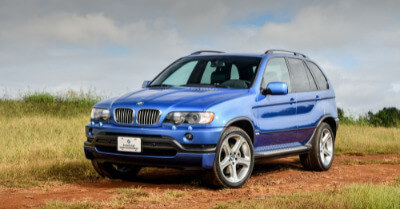 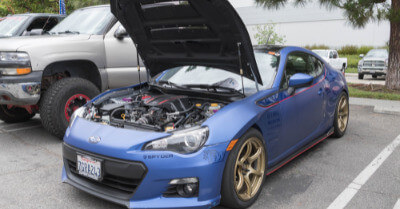 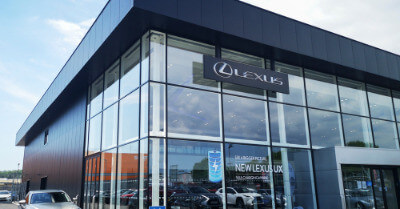 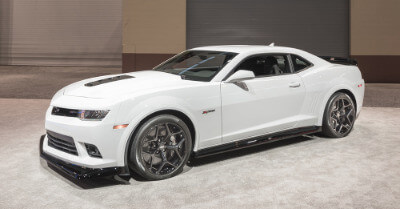 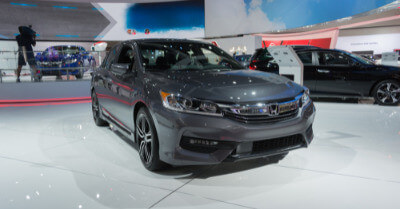 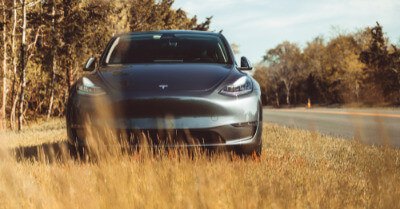 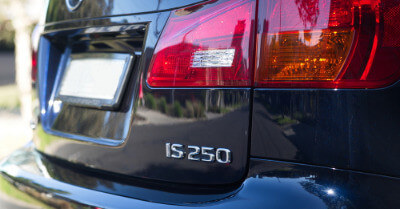